Due to the desire to improve health, build muscles and lose fat by many individuals, the nutrition and fitness market has become flooded with a variety of supplements. Although most of these supplements contain ingredients that maintain the body healthy and facilitate weight loss, there are some of them that contain fillers and chemicals which are known to result to some profound health effects. It is so discouraging to realize that the manufacturers of those supplements only portray the benefits of their products but do not move a step ahead and explain the associated side effects. Although the supplements could truly contain natural ingredients that boost body’s metabolism, reduce appetite and boost immunity, the fact is that some contain side effects.

Synedrex is a diet supplement that has scientifically been formulated using natural ingredients known to promote thermogenic activity in order to maximize calories burning and weight loss. The product is manufactured by Metabolic Nutrition and is marketed as a supplement which should be used until you attain your fat burning goal. Although Synedrex contain ingredients that are clinically known to be effective in suppressing appetite and increasing metabolism, the product is also shown to contain some potential for creating negative and serious side effects especially if not used as directed by the manufacturer.

While many diet pills manufacturers remain mute when it comes to their products’ side effects, the Synedrex manufacturers are very clear about some of the risks associated with their product. Synedrex instruction leaflet and official website warn of side effects and risks such as shortness of breath, numbness and severe headaches. However, they do not mention other possible risks of using Synedrex such as blackouts and sweaty hands which have been reported by some of the product users.

Synedrex Side Effects
Some of the side effects associated with Synedrex include;
Rapid heartbeat
The diet pill is shown to contain caffeine. According to clinical studies, caffeine is a stimulant that can provide the body with extra energy which is used to stimulate the nervous system and raise the heart rate. Increased heart rate and nervous stimulation has been shown to cause the production of adrenaline hormone which subsequently results to the feeling of increased wakefulness. Increased heartbeat is the commonly reported side effect and can be quite uncomfortable and worrying. Apart from caffeine, Synedrex is shown to contain Synephrine compound that is shown to create dangerous cardiovascular reactions resulting to heart beat changes.

Dehydration
Some of the compounds incorporated within Synedrex such as caffeine causes body dehydration. For this reason, it is important to increase the water intake. Dehydration resulting from the use of Synedrex has been associated with fainting, headaches and dizziness.

Nausea
Synedrex users usually complain about the feeling of sickness after taking the supplement. There are some users who have complained about extreme nausea which was lasting for some hours.

How to minimize the side effects
Like any other supplement in the market, Synedrex has a number of side effects. However, to minimize these side effects and increase result, it is important to follow the manufacturer instruction or manual guide, prevent overdose and first consult your health care provider before using it. In addition, it is important to read the product label to ensure it does not contain any fillers or chemicals. Furthermore, only obtain the product from the manufacturer and avoid the counterfeit products within the market. 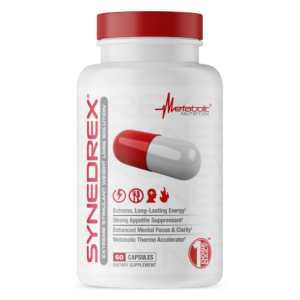